By Karwan Faidhi Dri  RUDAW 17 Aug 2019 – ERBIL, Kurdistan Region — The Kurdistan Workers’ Party (PKK)’s war techniques are too old and the group needs fighters skilled in modern technology, according to a senior commander.

“Now, we fight with small select groups of fighters who are willing to fight and are skilled. We are fighting as [separate] teams,” Murat Karayilan, a member of PKK’s executive body, told the party-affiliated Sterk TV on Thursday. “Of course, this does not gain desired results. There are shortcomings.” Karayilan said that Kurds live the same way their whole lives and do not adapt.
“Kurds are very conservative,” he said. “They cannot be changed smoothly.” 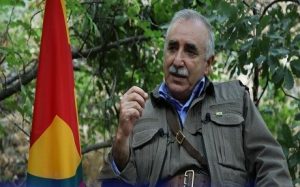 The PKK needs to modernize in order to fight Turkey, which Karayilan referred to as the “invader” in the interview.

“We want to fully modernize, reinvigorate and professionalize guerrillas who should be capable of prevailing over the enemy’s intelligence and techniques,” he said.

Karayilan did not say whether he was referring to recruiting new fighters or training those already in the group.

The PKK commemorated the 35th anniversary of its first military action against Turkey this week. The decades-long war has resulted in the death of over 40,000 people, including civilians.

Turkey has conducted a new batch of attacks against the PKK in the Kurdistan Region’s rural areas near the Turkish border over the last three months. Since starting Operation Claw in May, Turkey has claimed to have “neutralized” hundreds of PKK fighters, though the PKK denies this.

Turkey has used warplanes, drones and local intelligence, as well as highly-trained troops in their recent operations against the PKK inside and outside Turkey, while the PKK has heavily depended on classic weapons like AK-47 rifles and RPG rocket launchers.

Karayilan also said that Turkey has launched an intelligence and technical war against them by using warplanes as “the enemy (Turkey) has been defeated on the ground.”

“Therefore, we want to form successful guerrillas from skilled and deeply experienced people who can destroy all of their [Turkish] techniques and fail their intelligence,” the commander said. “Undestroyable guerrillas means the guerrillas of victory. We currently concentrate on this a lot.”

A number of senior PKK commanders – including those wanted by Turkey – have been killed in recent operations. The death of Zaki Shingali and Diyar Ghareeb highly concerned the PKK.