Both sides have said there have been intelligence contacts, but this is the first explicit acknowledgement of such a senior meeting.

Turkish President Tayyip Erdogan backs Syrian Islamic fighters who fought to topple Assad during Syria’s eight-year civil war. Erdogan described Assad as a terrorist and called for him to be driven from power, which earlier in the war had appeared possible.

Turkey’s intelligence chief, Hakan Fidan, and his Syrian counterpart discussed the ceasefire in Syria’s Idlib, and possible coordination against the Kurdish presence in northern Syria.

The discussions included “the possibility of working together against YPG, the terrorist organization PKK’s Syrian component, in the East of the Euphrates river,” a Turkish official said, speaking on condition of anonymity. 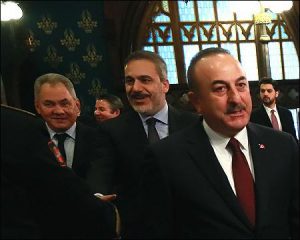