Our Jewish guest is author and illustrator Christopher Noxon, whose 2015 novel, Plus One, about an L.A. husband who takes over the domestic sphere when his wife creates an Emmy Award-winning TV show, was inspired by his own experience when his wife, Jenji Kohan, created the Showtime series Weeds. (She also created and is the showrunner for the Netflix hit Orange Is the New Black.) He tells us why he prefers the term domestic first responder to house husband, about the ritual bloodletting required to complete his conversion to Judaism, plus the illustrated memoir he’s working on about his conversion process. 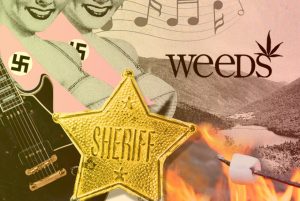