Nineteen insurgent groups have rejected a proposed conference to discuss a political resolution to Syria’s conflict.

The groups said after a Saturday meeting: 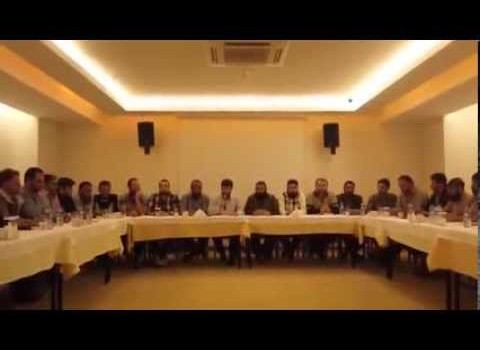 We announce that the Geneva 2 conference is not, nor will it ever be our people’s choice or our revolution’s demand.

We consider it just another part of the conspiracy to throw our revolution off track and to abort it.

The statement also warned that any faction which attended the talks would be committing “treason, and…would have to answer for it before our courts”.

Among the groups meeting on Saturday were Liwa al-Tawhid, Ahrar al-Sham, Suqur al-Sham, and Ahfad al-Rasul.

The Syrian National Coalition, the main political umbrella for the opposition outside Syria, will meet on November 9 to decide whether to take part in the talks.

The Syrian National Council, the leading group in the Coalition, has said it will not participate in Geneva and will leave the Coalition if it does.