On Sept. 24, 2012, Turkey allowed its citizens to file individual applications at the Constitutional Court, creating another path to exhaust domestic remedies before applications to the ECHR. As a result, the drop in applications against Ankara at the ECHR appears to be more due to the new, longer domestic process, than it is to improvements in Turkey’s human rights situation.
The number one cause of complaints against Ankara at the ECHR last year was regarding the right to liberty and security , with 45 cases. In cases on the right to freedom of expression, 24 out of 47 complaints against Council of Europe members last year were against Ankara. As a result, Turkey was the most complained about country on free speech issues in 2014, as it was in the previous year. 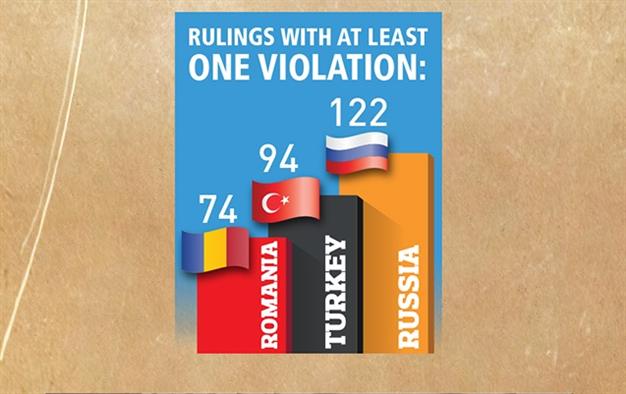