After deadly clashes with the Iraqi Army, the YBS leader discusses improved security coordination, a strategically important Syrian border crossing, and the future of Sinjar.

Zardasht Shangali is the commander of the YBS (Yekîneyên Berxwedana Şengalê, or Sinjar Resistance Units), a paramilitary force that was formed in 2014 to fight the self-proclaimed Islamic State (IS) militant group and protect Sinjaris, who had been left otherwise defenseless by security forces controlled by the autonomous Kurdistan Regional Government (KRG) and the Iraqi federal government. More via www.mesop.de 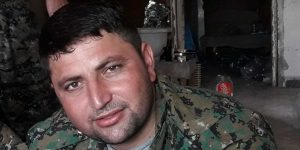