By Ezgi Yazici and John Dunford

Key Takeaway: Turkey is once again issuing a credible threat of military intervention in Northern Syria to extract concessions from the U.S. and NATO. The Turkish Armed Forces (TSK) began deploying large numbers of troops and armored vehicles along the Syrian-Turkish Border on July 8. These deployments threaten the contested town of Manbij as well as two additional border towns that Turkish President Recep Tayyip Erdogan threatened to seize on July 14. Erdogan likely intends to compel the U.S. to grant him concessions in the ongoing negotiations over a possible ‘safe zone’ along the Syrian-Turkish Border but he may also attempt to use this threat to deter the Trump Administration from imposing sanctions on Turkey in response to its purchase of the S-400 Surface-to-Air Missile System from Russia.

The Institute for the Study of War (ISW) has compiled the observable indicators of Turkey’s preparation for an offensive in Northern Syria as of July 23, 2019. Turkey has not yet conducted sustained cross-border shelling or physically mobilized its Syrian proxies along the Syrian-Turkish Border – both key indicators that ISW observed prior to Turkey’s invasion and occupation of the majority-Kurdish Afrin Canton in January – March 2018.

Click image to view the complete chart of indicators. 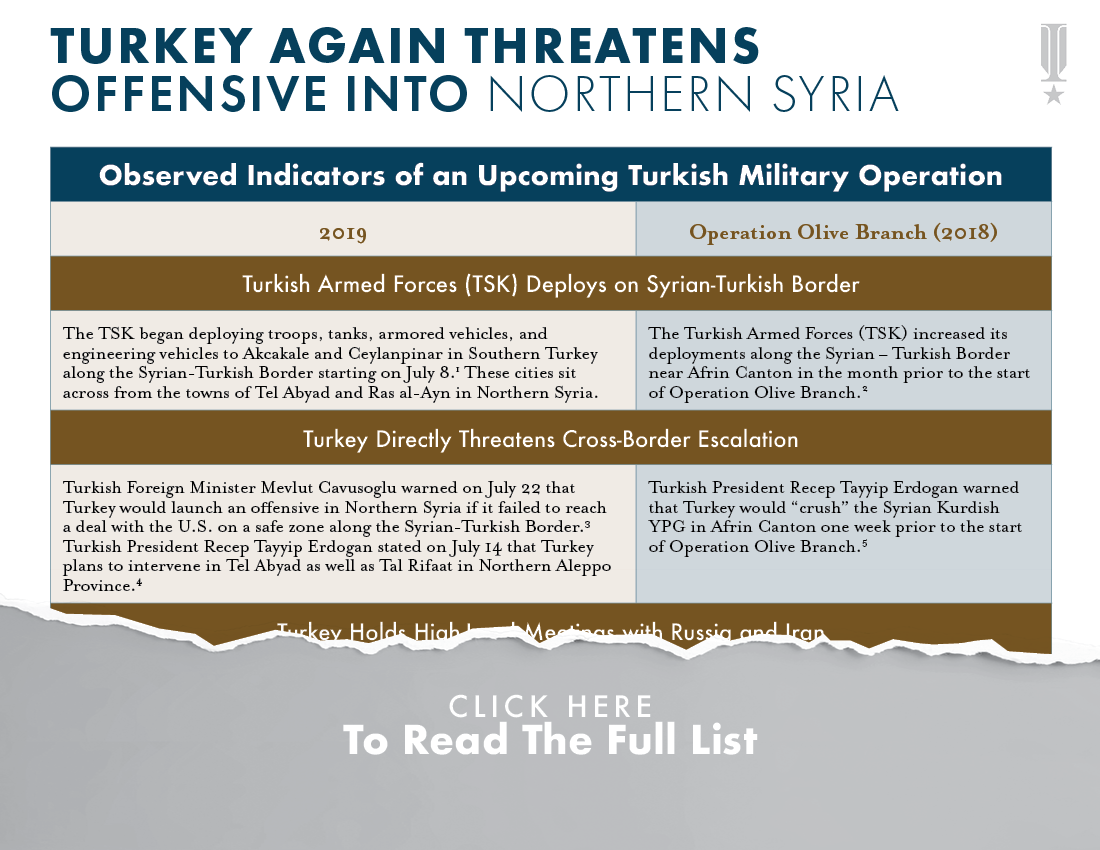 Posted by Institute for the Study of War at 3:06 PM