Martin Bentham The Evening Standard  19 April 2019  – Britain’s top law enforcement body has launched an attempt to seize thousands of pounds of suspected illicit cash from the niece of Syria’s president Bashar al Assad after discovering that she has been living and studying in London.

Anisseh Chawkat, whose late father Assef was a feared security chief killed in a suicide bombing, has completed a degree in spatial design at the University of the Arts London and is still living in the capital despite members of her family being subject to international sanctions.

Her bank account, understood to contain just under £25,000, has now been frozen so the National Crime Agency can seek a cash forfeiture order that would allow it to seize the money. 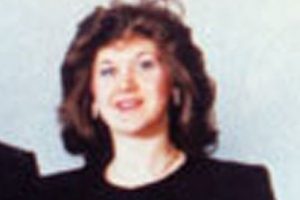 Syrians will be surprised at the presence in London of a relative of the dictator, pictured, and will likely raise questions about how she was able to obtain a visa and fund herself.

Details emerged during a preliminary hearing of the case at Westminster magistrates’ court. It was adjourned until later this year after the court was told that Ms Chawkat, 22, would be contesting the application to seize her money.

No further details were given, but the NCA said its case was based on the fact that Ms Chawkat, whose final-year degree project was on “the bond between fashion and architecture” at Selfridges’ Oxford Street store, had no legitimate source of income in the UK and had family members who were on the international financial sanctions list.

Exactly when Ms Chawkat arrived in Britain is unclear, but university records show that last year she completed a BA in spatial design at the London College of Communication in Elephant and Castle. The college is part of the University of the Arts, which also includes the London College of Fashion and Central Saint Martins.

A source said it was known at the London College of Communication that Ms Chawkat was Assad’s niece and that she had been visited once by her cousin Hafez al Assad, one of the Syrian dictator’s sons.

“It was known who she was, but she kept it very quiet,” the source told the Evening Standard. “She used to change the spelling of her name as well, which was a bit odd. Her cousin [Hafez al Assad] visited her once too. He was quite recognisable.”

Ms Chawkat, who is said to be not politically involved, is still living in London and taking a Master’s degree. Her address was withheld from the media after the court was told by the NCA and her solicitor that disclosure would place her at potential risk from opponents of the Assad regime, including Islamic State supporters.

Ms Chawkat’s mother Bushra is Assad’s sister and was described in the Economist in 2013 as having a “fearsome reputation in Damascus” and thought to “exercise considerable influence” over the Syrian dictator.

Bushra was one of 12 Assad family members added to an EU sanctions list in 2012 on the grounds that she was “benefiting from and associated with” her brother’s dictatorship because of her “close personal relationship and intrinsic financial relationship” to him and “other core Syrian regime figures”.  A travel ban and asset-freezing were imposed as a result.

Two years later, Bushra lost an appeal against the sanctions after the European Court of Justice ruled that her decision to move to Dubai following her husband’s death could have been prompted by the deteriorating security situation in Syria, rather than an attempt to disassociate herself from her brother’s regime.

Ms Chawkat’s father Assef served as Assad’s military intelligence chief and then deputy defence minister before being killed in 2012 in a rebel suicide bombing outside the National Security Bureau in Damascus. He was placed under EU and US sanctions in 2011 for his role in suppressing demonstrations by those opposed to the regime.

Ms Chawkat declined to comment on the court action, but a spokesman said that she was “a young student trying to complete a degree with no political involvement”. The Home Office refused to say on what basis she had been allowed to live in Britai