MESOPOTAMIA NEWS : A CASE STUDY & DEBATE – EUROPE AND ITS TERRORISTS

COURTESY HARRY HAYES –  HAS LAXISM COME BACK TO HAUNT SWITZERLAND AND EUROPE?

20 Mar 2019 – In another important aspect related to terrorism is why Switzerland and much of Europe refuses to take back their terrorists. Switzerland says that because of Swiss “rule of law” the terrorists would not be imprisoned (as is the case now) but would be freed and could cause harm to innocent citizens at home. Switzerland and much of Europe would find it more convenient to have justice carried out in those countries where crimes were committed, such as Syria and Iraq. This is an interesting insight into one of the problems facing Switzerland and Europe, a Europe that did not take the terrorist problem seriously enough and which criticized the Untied States for their handling of terrorists at Guantanamo and maximum security prisons …. Now it has come back to haunt Europe. 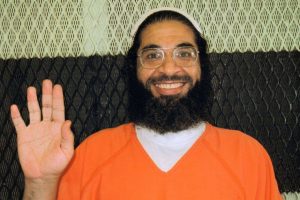 Are ISIS returnees mocking the rule of law in Switzerland?

They have joined the reign of terror of the so-called Islamic State (IS), and now that it is collapsing, some are coming back. But what is waiting here for the Swiss sympathizers of the IS is not draconian sanctions, but only conditional sentences. Why? Because the rule of law can not apply exceptional sentences.

After the collapse of ISIS in Syria, hundreds of its supporters will return to Europe. In the fight against IS terrorists, it was the Kurdish fighters who made the most prisoners. In northeastern Syria, they hold about a thousand Islamists. About twenty of them come from Switzerland.

How should Switzerland manage these mercenaries of terror? And what is the guiding idea among decision makers? Security and punishment or rule of law and prevention?
A dozen or so returns
So far, we know about the return of a dozen supporters of the IS. Two were sentenced to suspended prison terms in February. Most have not even been charged, they are (still) at large. “Extremists mock the rule of law. This is also what we saw during the An’Nur trial, “war reporter Kurt Pelda told a German TV broadcast SRF.

Kurt Pelda refers to the judgment of the District Court of Winterthur, which in October 2018 sentenced eight of the ten members of the former An’Nur Mosque to 6 to 18 months suspended prison sentences or pecuniary penalties. , including for deprivation of liberty, coercion and threats. “With this kind of punishment and judgment, the rule of law is a joke,” said the journalist, an opinion shared by all participants in the debate.
Among them, a parliamentarian. “I totally agree,” said Corina Eichenberger-Walther. When asked why these sanctions were laughable, the Liberal-Radical MP (PLR / right) said: “I am also of the opinion that sanctions should be toughened. The problem is that everything is still very slowly in a state of law. That’s why laws are always lagging behind reality. For the parliamentarian, this is the price of democracy.

Be that as it may, Corina Eichenberger-Walter recalled that Switzerland is currently working on a law that provides for preventive police measures to fight against terrorism. This includes surveillance, the wearing of an electronic bracelet, house arrest and contact bans within a certain radius.

During the broadcast, the Zurich lawyer Christoph Bertisch also found that extremists make fun of the rule of law with such minimal criminal offenses. However, he does not blame the Swiss system. Why? Because the rules must be scrupulously respected in a state of law. Admittedly, the laws applicable to IS terrorists – in particular the Intelligence Act – are not tough enough, but “in a state of law, we can not enact harsher measures just for these people,” he said. he explained.

Swiss jihadists
The Confederation Intelligence Service (SRC) has recorded 92 “jihadist travelers from Switzerland” who have been in war zones since 2001 or are still there. Of these cases, 31 are Swiss citizens, 18 of whom are dual nationals. From 2001 to the present, 77 people have traveled to Syria and Iraq. We know that 16 people (13 confirmed) have returned to Switzerland. 31 people (25 confirmed) were killed. There is no verified information on the location of others.

The SRC estimates that about 20 jihadist travelers (men, women and children), Swiss or binational citizens, currently reside in the Syrian-Iraqi conflict zone.

The SRC did not tell the media whether they knew who these people were and what they were doing, or whether it was cooperating with foreign intelligence services.
American help
Following the announcement by US President Donald Trump of the withdrawal of US troops by April, the Kurds, left to themselves against Turkey, Iran and the Syrian regime, will have other priorities than the guard. prisoners. European Islamists are therefore at risk of being released and returning in one way or another to their country of origin.

The calls that the Kurds have sent to Europe to take back its prisoners have so far remained unheard. Donald Trump also called on Twitter Europeans to resume their supporters of the IS. The US president has even offered transportation assistance.
Repatriation Offer from the United States

“Switzerland is studying options for the active repatriation of minors, if this is necessary for the well-being of the child.”
Among the options available, a concrete offer of assistance from the United States has also been studied in recent months, the Swiss Ministry of Foreign Affairs (FDFA) told swissinfo.ch.

“Like other European partners, Switzerland does not study this option further, because the United States provides for the repatriation of entire families and also for legal and financial reasons.”
Not welcome

Switzerland is not eager to repatriate its IS fighters detained in the Middle East. “The Federal Council does not want active repatriation of adults.” Such a process can only be reserved for minors, informs the government, which follows the path set by the new Minister of Justice, Karin Keller-Sutter. According to the Federal Council, the protection and security of Switzerland take precedence over individual interests. Switzerland prefers that perpetrators of terrorist acts be “tried in the states where they were perpetrated, in accordance with international standards,” the government said.

A position that leaves Kurt Pelda puzzled. “A Swiss justice minister can only claim such things because she has absolutely no idea of the situation on the ground,” the journalist said. For this specialist, IS fighters will be released at one time or another and will return to Europe. The question is only whether an orderly return is possible, so that these people no longer represent a danger.

The position of the Minister of Justice also surprises Carla del Ponte. “It’s impossible to hold trials on the spot. In Syria, there is no judicial system or guarantees of respect for international law, “said the former chief prosecutor of the United Nations.

The Federal Council is aware of the risk of these people being released. Switzerland will then take measures to prevent uncontrolled entry into its territory.
Europe does not want to take them back

Switzerland is not the only country in Europe that wants to keep its ‘terrorism-motivated travelers’ away.

In the United Kingdom, France, Belgium and Germany, several hundred Islamists threaten to return from Kurdish prisons. Their governments also advocate for prosecutions and trials where the acts were committed. Like Switzerland, these countries are also seeking to remove nationality from dual nationals who have fought for IS. However, such processes would be very costly and time consuming.
No contacts in Syria?

Since the closure of the Swiss Embassy in Damascus in 2012, there is no more accredited consular staff in Syria, says the FDFA.

The Intelligence Service of the Confederation does not indicate whether its agents have contact with them.

In its advice to travelers, the FDFA does not recommend stays of any kind in Syria and indicates that Switzerland has almost no means to assist or rescue its nationals on the spot.