Opposition activists claim that the Kurdish militia YPG have raised the US flag over the border town of Tal Abyad in northern Syria, with speculation that American forces are in the area. 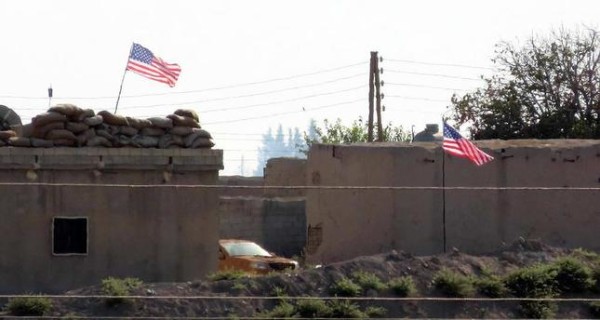 The YPG led the capture of Tal Abyad, close to Turkey, in June 2015 as Kurdish-led forces pushed back the Islamic State.

Tension between the YPG and Syrian rebels has risen this year, as the Kurdish militia seized opposition territory in northwest Syria as well as leading the advance of the Syrian Democratic Forces against ISIS.

In late August, Turkey — which believes the YPG is linked to the Turkish Kurdish insurgency PKK — sent in military forces alongside rebels in northern Aleppo Province, to the west of Tal Abyad. The intervention has raised discussion of a “race” between the Turkish-rebel offensive and the YPG to seize areas still held by the Islamic State.

Thursday’s claims followed reports of a meeting between Turkish officers and rebels near Tal Abyad.