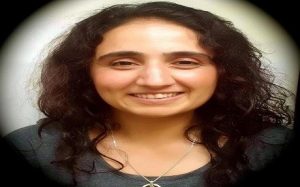 Eylem Newroz was the suicide bomber who carried out the Istanbul attack.

ERBIL, Kurdistan Region – The Kurdistan Freedom Hawks (TAK) revealed the identity of the suicide bomber who carried out an attack on a police bus in the Turkish city of Istanbul on June 7, which killed 11 and wounded more than 30.TAK identified the suicide bomber as a woman named Eylem Newroz, aged 32, in an online statement.

“Eylem Newroz, 32, was the suicide bomber who carried out the Istanbul attack .She was born in Diyarbakir. She spent most of her life in Antalya and had joined the Kurdistan Workers Party (PKK) in 2005, prior to joining the Kurdistan Freedom Hawks (TAK) in 2011,” said the group in the statement.

TAK claimed responsibility for the Istanbul attack on Friday. TAK said that the attack was done in “memory of Martyr Asya for our people who murdered (sic) in Nusaybin,” and blamed the ruling Justice and Development Party (AKP) for waging a war on Kurdish civilians.

“Fascist AKP who obstinately insists a wild war to Kurdish People (sic) is responsible for civilians deaths. Turkish People who keeps quiet this war (sic), goes on to be victim of that,” reads a statement posted on their website on Friday.

Martyr Asya appears to be Asya Glidag who died when she detonated her suicide built early, before reaching her intended target in the Turkish city of Bursa in late April. Several were wounded but Glidag’s was the only death.

TAK are an armed Kurdish group that has broken away from the PKK. They have vowed to be radical and violent in what they describe as opposition to Turkey’s repression of the Kurdish minority.  In their Friday statement, TAK reiterated its intent to target Turkey’s tourism industry in order to economically harm the country.

“We warn all tourists who might plan to visit Turkey! You are not our targets but Turkey is no more secure (sic) for you,” the group declares.  TAK has carried out several attacks in Turkey, indiscriminately targeting civilians and tourists, including suicide bombings in Ankara in February, that killed 28, and March, that killed 37.   www.mesop.de