MESOP FOCUS : Are Kurds Close to Defeat of Regime in Hasakah?

Syrian State media have said nothing about the situation, but the pro-regime Al-Masdar News insisted this morning that the Assad regime and “YPG and Asayish leaderships” had reached a ceasefire agreement under Russian supervision. Points include confirmation of areas of control, including police stations, prisons, and immigration and passport offices.Pro-Assad activists reported a similar agreement last weekend, only for Kurdish officials to deny the claims and the YPG-Asayish to advance further inside the city.

Control of Hasakah has been divided since 2013, with periodic clashes between the two sides. The current fighting began last Wednesday, with each side claiming that the other had attacked checkpoints, and soon expanded after the collapse of a brief ceasefire on Wednesday night. 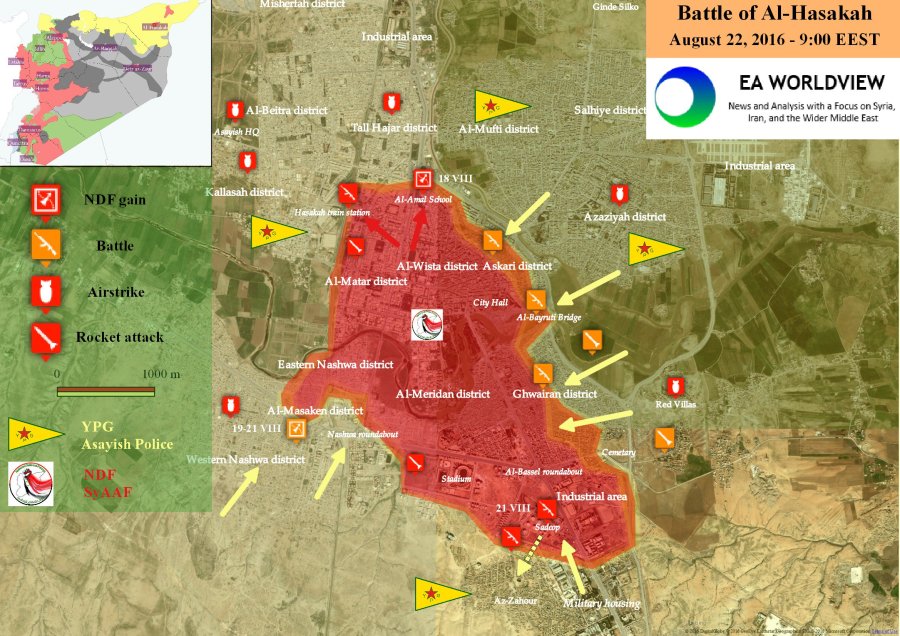 (Map by Artur Rosinski of NewsMap)